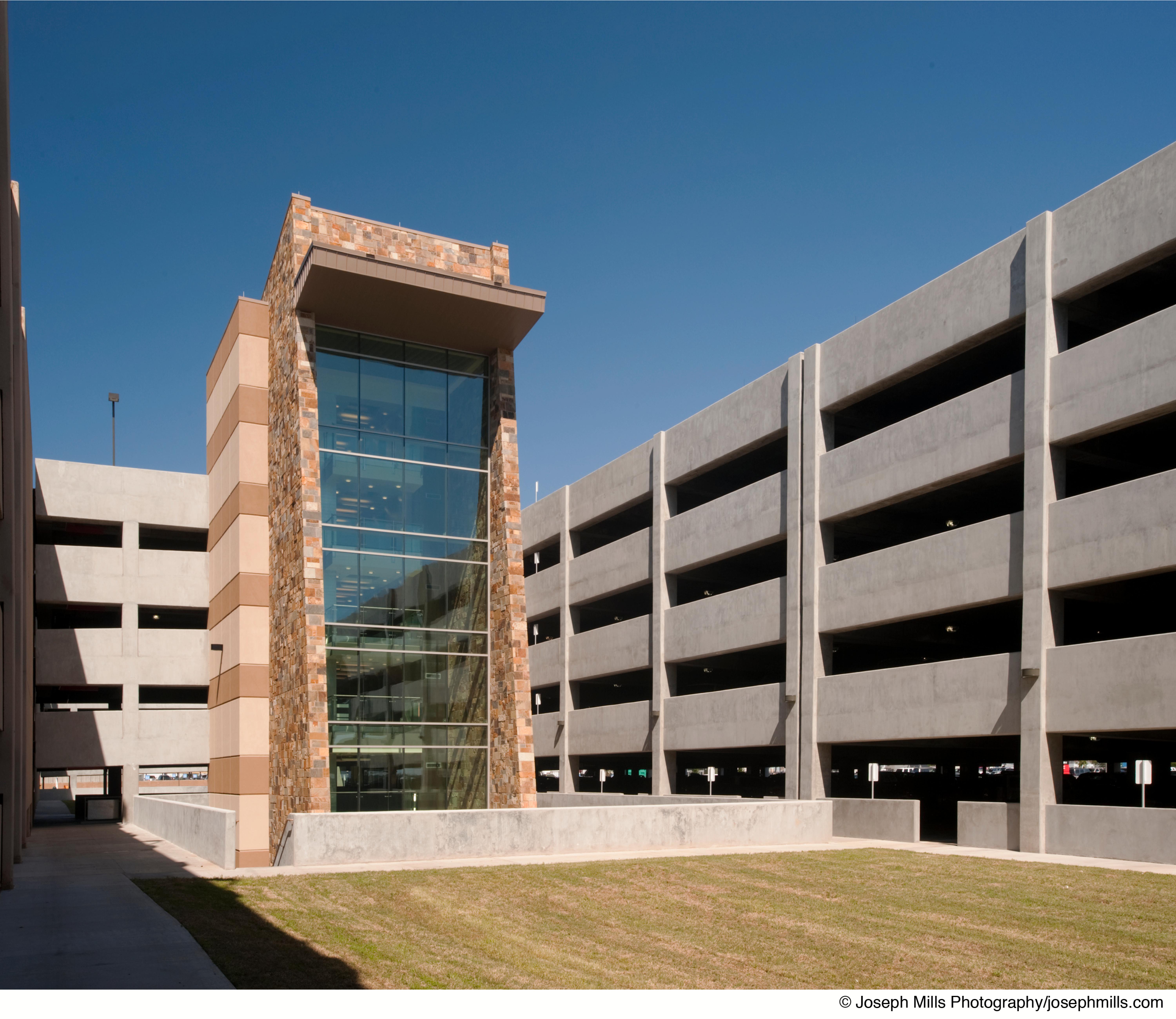 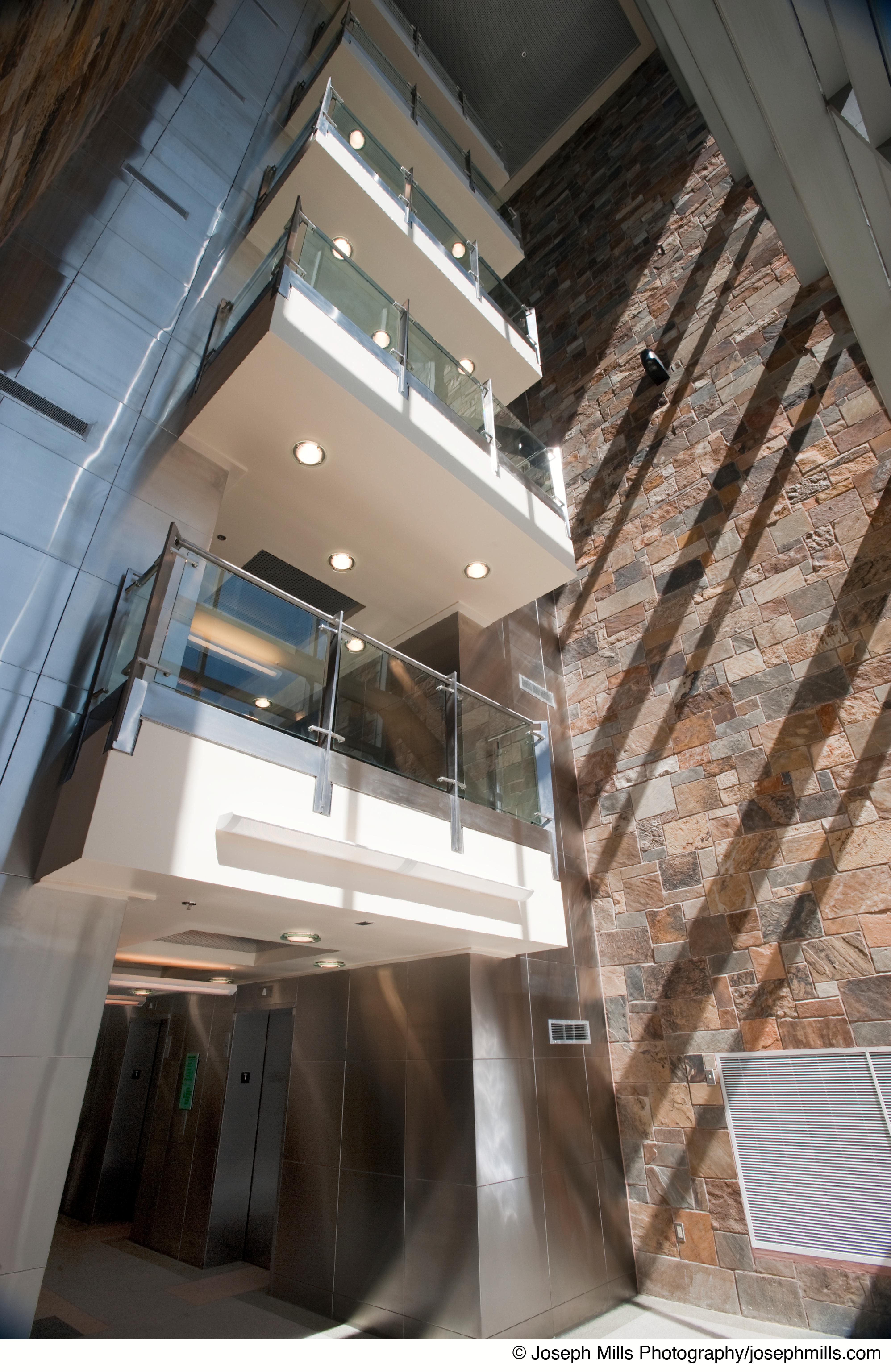 The 504,000-square-foot, five-level garage adds over 1100 new parking spaces at Will Rogers World Airport.  The new garage is connected with three bridges at each level to an existing five level parking garage located 73 feet to the south.  The existing pedestrian tunnel that connects the existing airport parking garages with the Terminal building is extended under and beyond the new garage.  The pedestrian tunnel is accessed by a six level stair and elevator tower at the middle stack of bridges between the new garage and the existing garage to the south.  The stair tower includes a full height atrium with a glass curtain wall that faces a tunnel-level plaza between the new and the existing garages.  Glazing in the tunnel walls between the tower and the new and existing garages permits the plaza to be viewed from the pedestrian tunnel and admits natural light into the tunnel.  A similar two-level stair and elevator tower that is located north of the new garage will provide access to the north end of the new tunnel and is configured for expansion to six levels to accommodate a future addition of another five story parking garage to the north of the new garage.