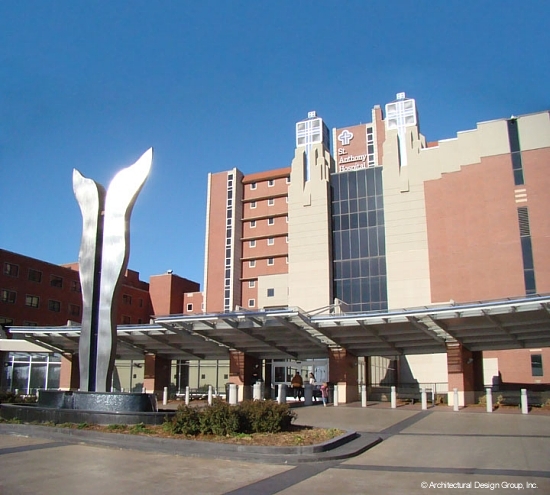 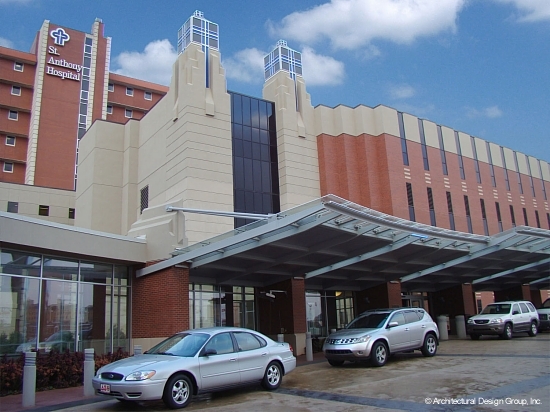 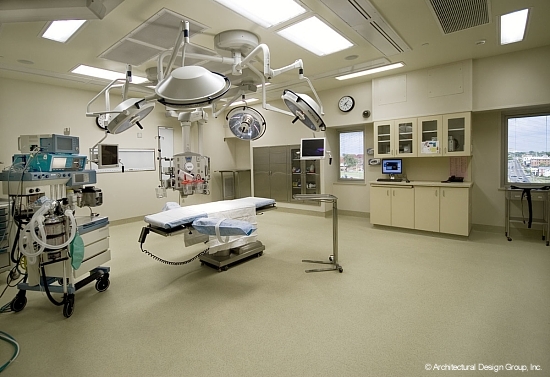 Access to the Surgery Addition is also obtained by means of a new steel-framed skybridge.  In plan, the skybridge makes two right-angle turns along its length and is supported by two steel trussed towers on the existing roof framing of the one-story Emergency Room building south of the Addition.

The project also renovated approximately 77,000 square feet of the existing hospital in the wings west of the Surgery Addition.  This work included installing a new steel-framed roof over an existing fifth-floor courtyard.  The new roof had to bridge an existing expansion joint between the different  wings of the hospital that formed the walls of the courtyard.  The work on these existing wings also included converting former patient areas into new mechanical equipment rooms, adding a new enclosed mechanical penthouseon the roof , adding support framing for a new cooling tower on the roof, and re-framing an existing 1920s era elevator equipment penthouse to accommodate new traction elevator equipment associated with converting the shaft from a two car elevator to a single large car elevator.