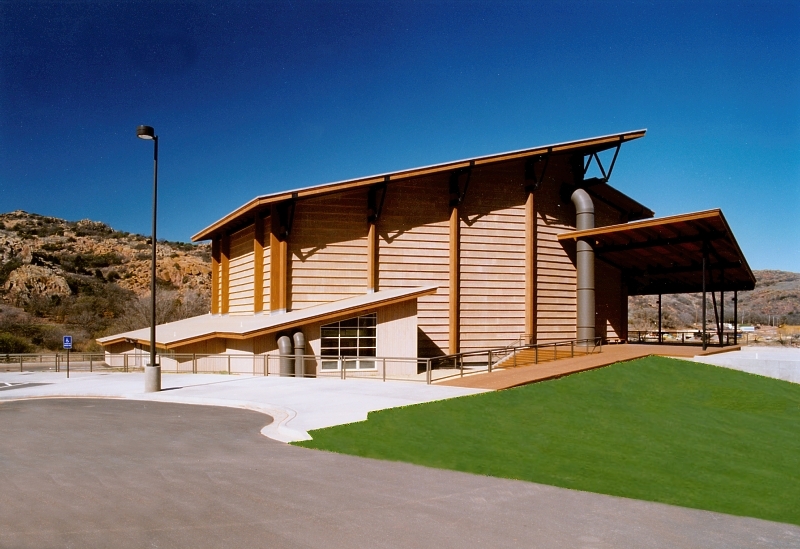 The structural system for the Quartz Mountain Performing Arts and Conference Center is unusual and one of the main design features of the architectural aesthetics.  The main roof trusses, which are structural steel, are not only exposed in the auditorium area itself, they actually project through the exterior walls of the building as a design element.  These steel trusses, which are supported by exposed glu-lam wood columns at the exterior walls, in turn support intermediate roof framing which is exposed glu-lam roof joists supporting wood deck.

Since the building is more than 60 feet tall at its peak, the exterior walls consist of a series of structural steel girts which span horizontally between the glu-lam columns and support vertical wood studs.  A sawtooth pattern of wood siding occurs on both the inside and outside of the exterior walls of the auditorium space.  These sawtooth elements are part of the extensive acoustical system within the main auditorium and are reflected on the exterior as an architectural design element.