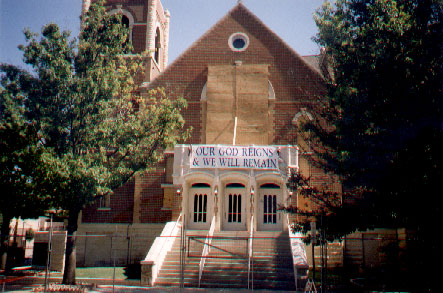 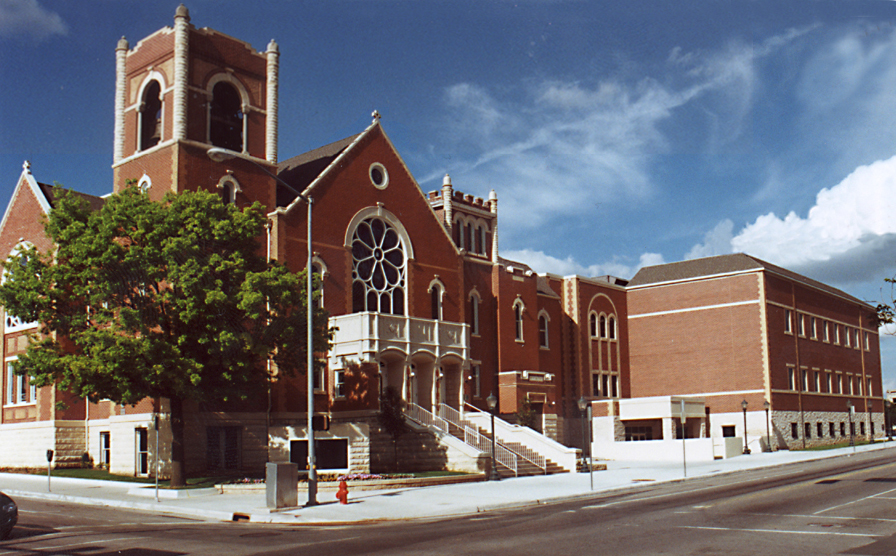 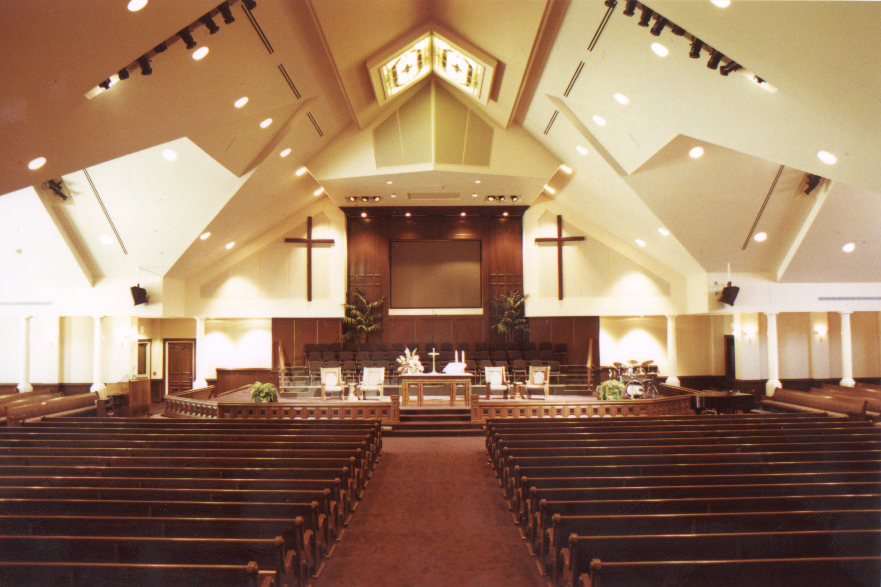 First United Methodist Church was severely damaged by the bombing of the Murrah Federal Building in downtown Oklahoma City in 1995.  The church started from the ground up to rebuild its bomb-damaged home.  The church’s first goal for reconstruction was to build a 1,150 seat worship space.  In the second phase, the historic church was repaired on the exterior, and reconfigured on the interior to make space for classrooms, a chapel, offices and a large fellowship hall.  The new education wing is located east of the original 1904 building.  The new sanctuary was dedicated in Spring 1998.  The renovation of the historic church, as well as the addition of the education wing, were completed in late 1999.