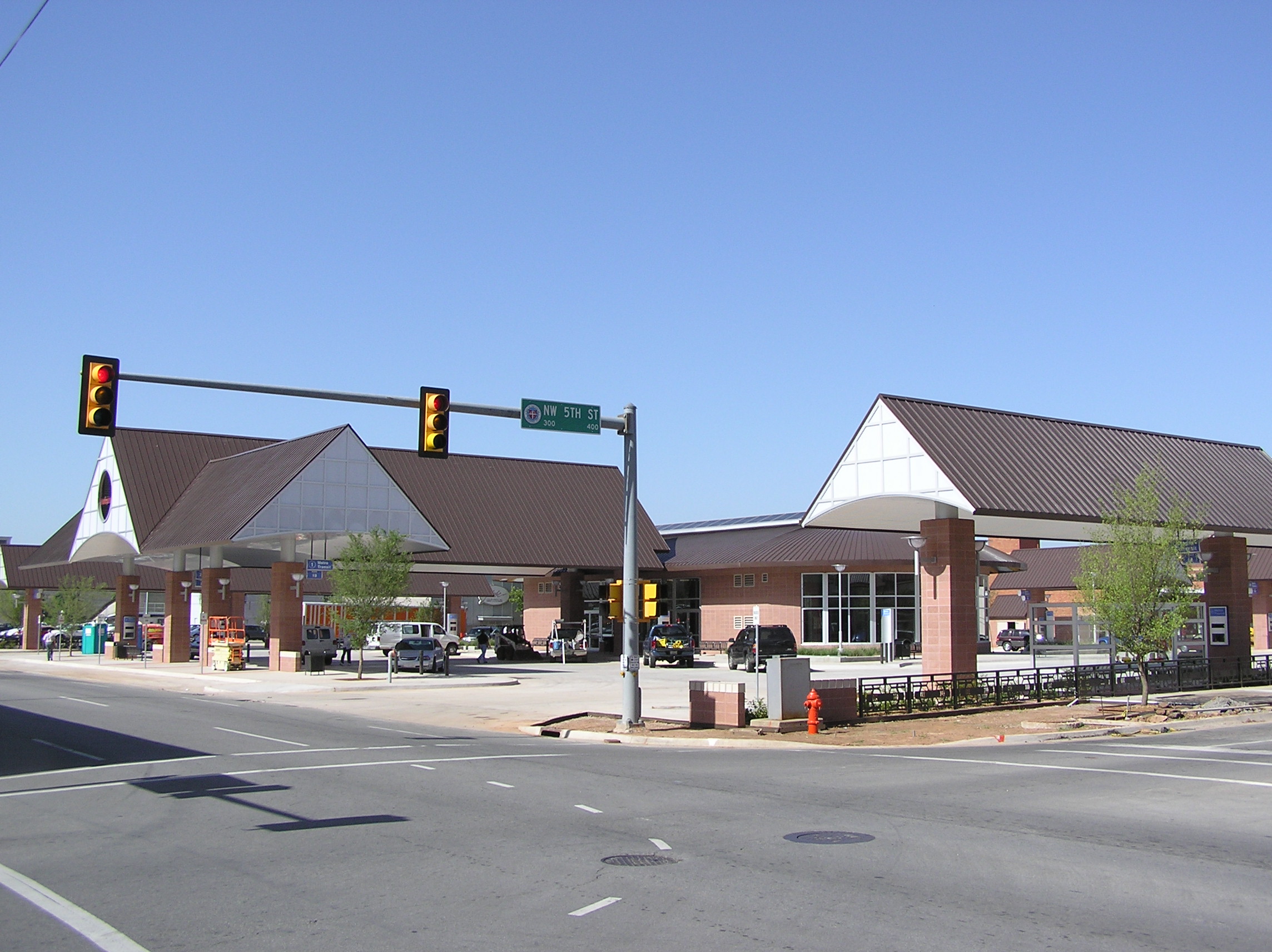 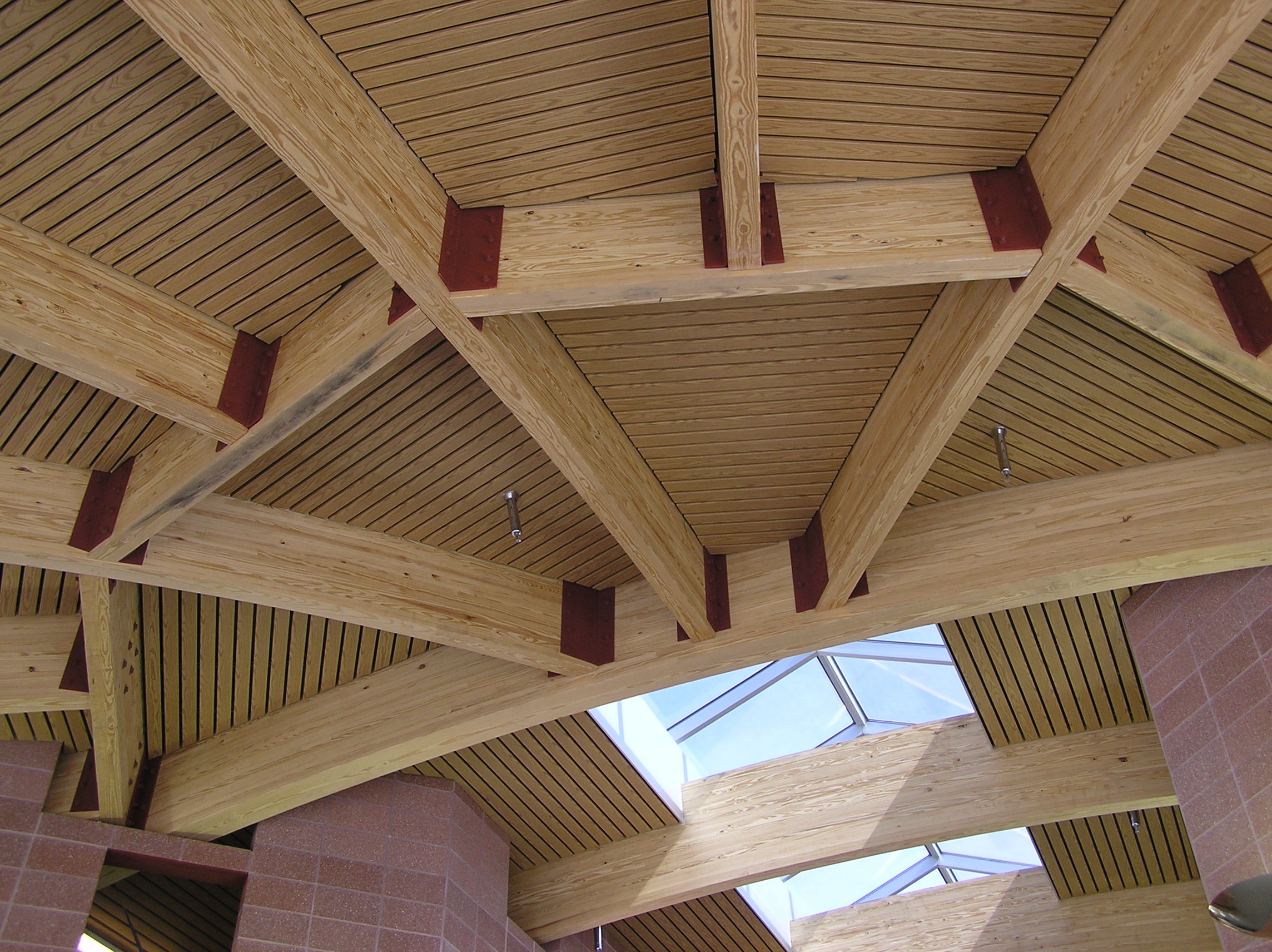 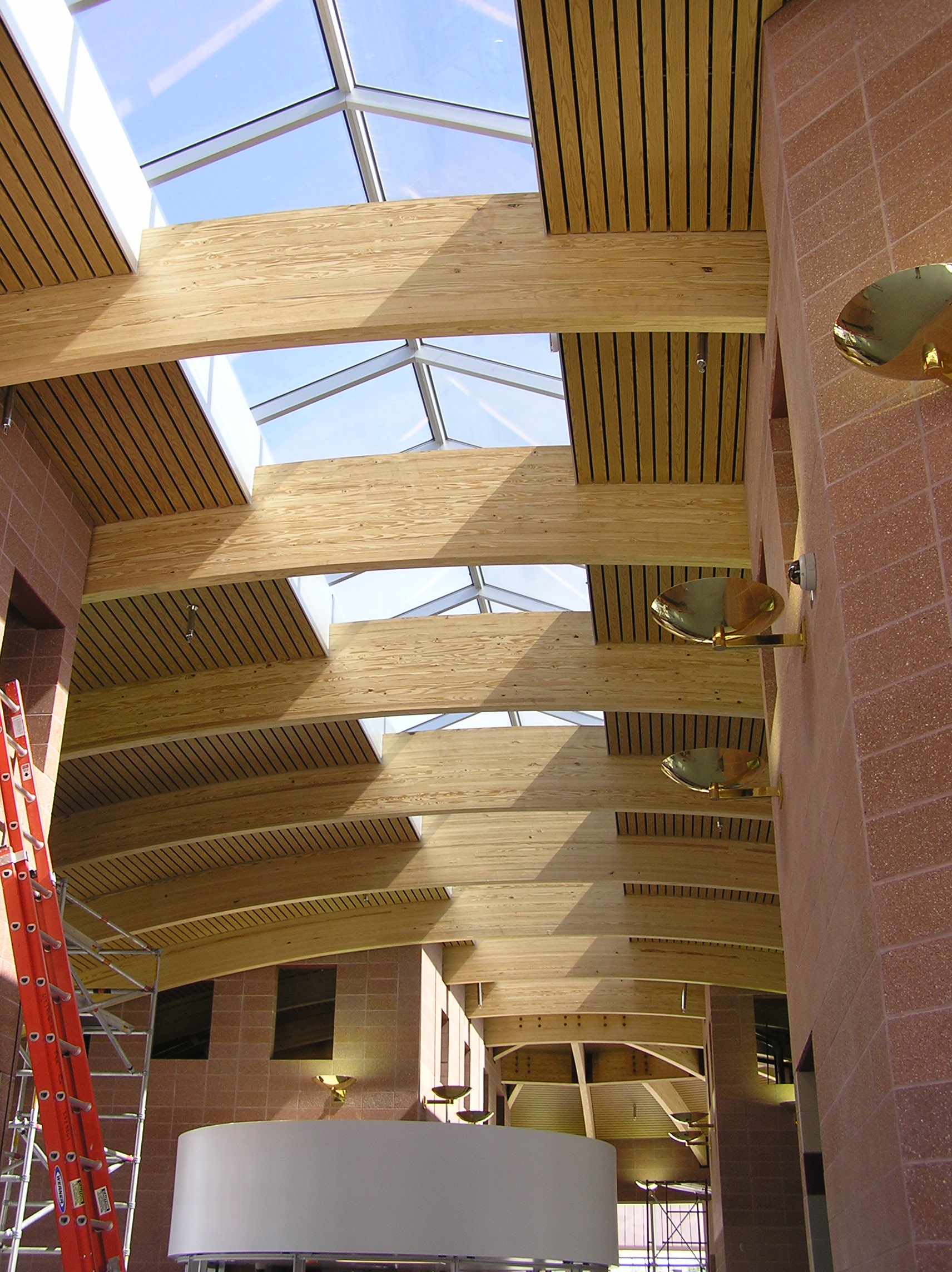 This facility accommodates 17 buses internally, express and trolley buses with an off-street  depressed lane, and a drop off lane.   Public Art and advertisement panels, landscaping, benches, and interactive signage are provided throughout the site.  The bus platform includes eight large, steel-framed, cantilevered canopies with 45-degree roof slopes and translucent panels at the ends of the canopies.  A similar, but much larger, T-shaped canopy extends from the Transit Center to the perimeter of the site.  This canopy provides a covered walkway from the Transit Center to the Trolley and Express bus area.  All of the canopy eave elevations are higher than the buses so that the buses can pull under the canopies and the passengers can load or unload under cover.  The interstitial spaces above the canopy soffits are lighted so that the light through the translucent panels at the ends of the canopies contributes to the canopies serving as a Symbolic Gateway for patrons.

The 5,500 s.f. Transit Center houses restrooms, public telephones, vending machines, a concierge area, and the interior seating is surrounded by a glass enclosure.  A large skylight extends most of the length of the building which is generally rectangular in plan but has radiused ends.  A large portion of the exterior walls are glass which provides the patrons with un-obstructed views of the bus arrival areas.  The structural system includes exposed gluelaminated wood arches, metal decking, polished and rough-faced masonry units and standing seam roofing.