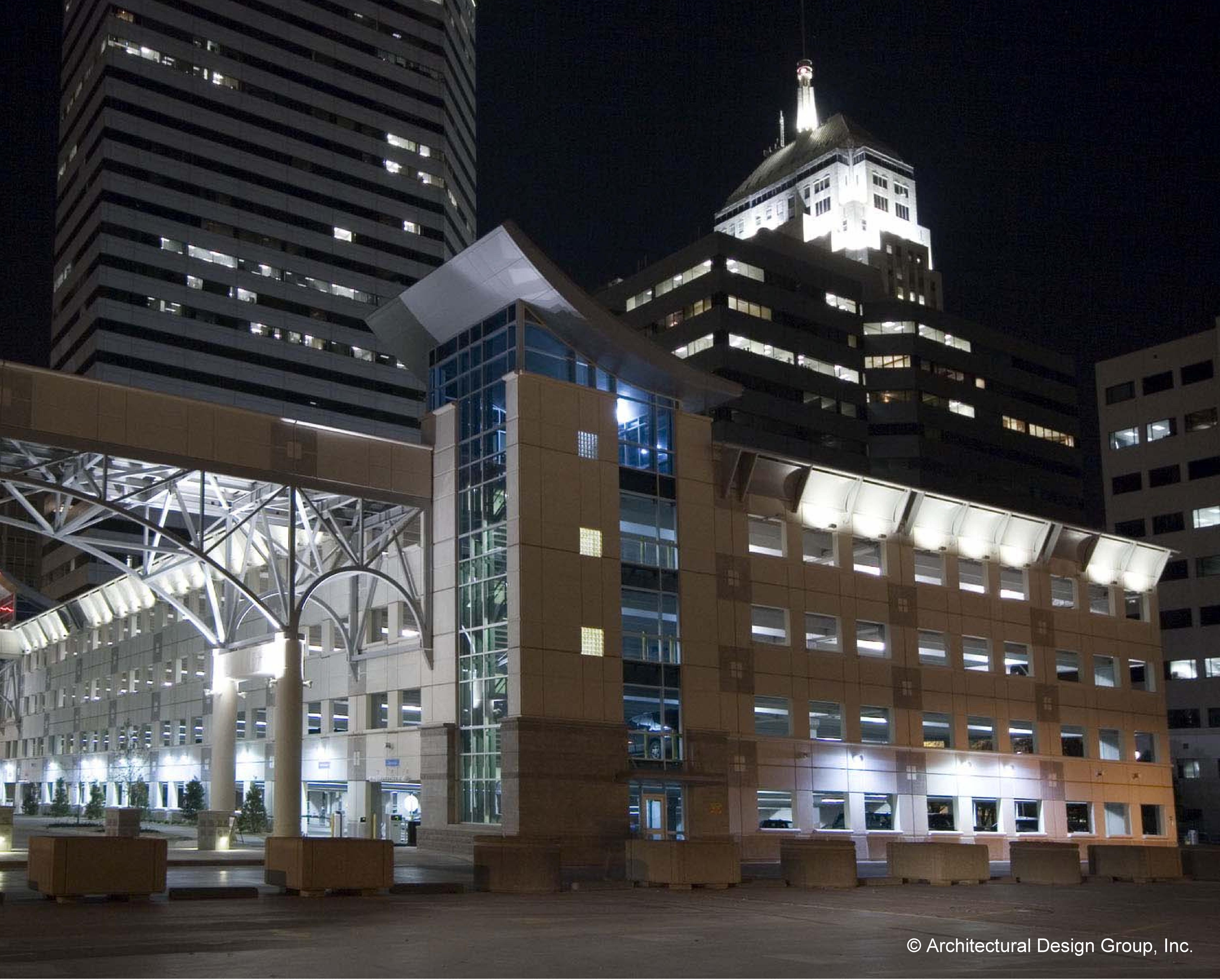 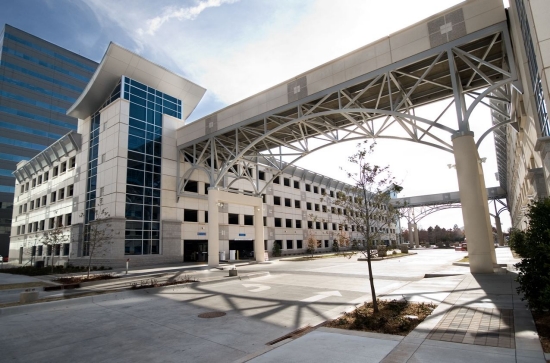 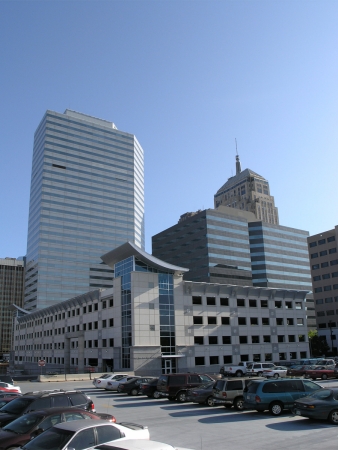 Two new 663,378-square-foot garage structures added 1,000 parking spaces to an existing two-level parking structure in downtown Oklahoma City.   The site is a partially developed super block in the heart of the Oklahoma City business district.  By subdividing the site with the extension of Harvey Avenue, small development parcels were created to attract developers. The new garage structures are each six stories, including a basement level, and replace a portion of the existing garage which extends south and west of the new structures. The west garage is designed to accommodate five more levels—an additional 1,000 parking spaces.

The structural system is comprised of precast concrete wall panels with three different face mix textures integrated into a surface grid design. An aluminum curtain wall system is used on the prominent stair towers. Perforated metal panels make up the screens on the east wall and the illuminated cornices along the top level. Two tunnels link the garages under the Harvey Street extension, and two bridges link the garages above the street, so that parkers may enter on one side and traverse both garages. A pedestrian tunnel links the east garage to an office tower on the north.

The new garages were built in two phases to minimize the affect of lost parking spaces for the public and lost revenue for the owner.